“Calendar 2020 has been a challenging, yet exciting year for MPXI,” noted W. Scott Boyes, Chairman, President and CEO of MPX International. “We started the year with multiple projects under development in Canada, Switzerland, Malta, South Africa and Australia. A company that was pre-revenue on most of its initiatives faced the potential of stagnation by the emergence of the COVID-19 pandemic and various and multiple lock-downs, staffing issues and interruptions in the capital markets that went along with it, yet MPXI has managed to move forward on all fronts. Notwithstanding the constraints in the Canadian capital markets for funding pre-revenue cannabis projects, investor confidence for the future prospects of MPXI have allowed it to prudently complete several small rounds of financing, each targeted at continuing the progress of specific projects and the furtherance of initiatives which, together, trend towards revenue and cash flow growth in 2021 and beyond. While revenues increased by over 95% in fiscal 2020, most of these revenues occurred in the last quarter of the reporting period and revenue growth has continued to accelerate in Q1 of fiscal 2021 with that growth expected to grow in each quarter through the balance of the year.”

The Corporation issued a press release updating investors on December 9, 2020 (a copy of which can be found at https://ir.mpxinternationalcorp.com) but some of those highlights are summarized below:

Most importantly, the finalization of long-standing efforts with Canadian regulators on multiple projects, has permitted Canadian operations to advance significantly over the past five months with the pace of progress accelerating during calendar Q4. The highlights of that progress are described below: 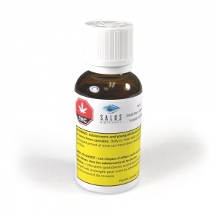 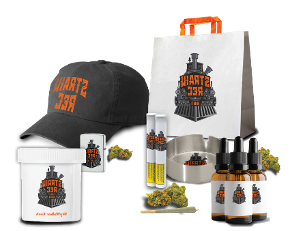 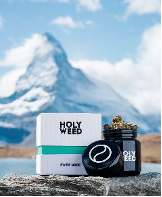 First Growth Holdings (PTY) Ltd. (“First Growth”), an indirect subsidiary of MPXI, together with a prominent group of South African agriculturalists and investors, has made significant progress towards the construction of a half-hectare (53,000 sq. ft.) high-tech greenhouse in the wine producing Stellenbosch region of the Western Cape. Whilst the project has been delayed by COVID-19, the First Growth team recently completed the second inspection by South African Health Products Regulatory Authority (“SAHPRA”), the South African cannabis regulatory body, and has received positive results. Actual cultivation of cannabis, with subsequent export intended for the Corporation’s Maltese facility, could commence as early as calendar Q3 2021.

MPX Australia Pty Ltd. (“MPXI Australia”), a wholly-owned subsidiary of MPXI, has been awarded licenses to cultivate, manufacture, import and export cannabinoid-based medicines to/from Australia, from the Australian ODC, the Australian cannabis regulatory body. However, the opportunity to import products into Australia from Malta, Canada and South Africa has prompted the Corporation to pivot from domestic production in Australia to developing an import and distribution capability based in Sydney and now plans to import and introduce the “Salus BioPharma” branded products to the Australian market. As a result of this change in the Corporation’s operational strategy for Australia and Oceania, MPXI Australia  has negotiated the cancellation of its lease for the Launceston site and written-off its entire $2,962,117 investment in that project.

Despite the COVID-19 pandemic the Corporation’s forward momentum has not changed. MPXI has successfully managed to move ahead on multiple fronts and management is anticipating significant growth in revenues and earnings in fiscal 2021. In addition, there are potential new opportunities in the offing that could be transformative to MPXI’s global expansion.  We will inform the market, if and when these new ventures move forward.

Full disclosure of the Corporation’s financial results, including copies of the financial statements for the year ending September 30, 2020 and the Management Discussion and Analysis, can be found on the Corporation’s website https://mpxinternationalcorp.com and on SEDAR at https://sedar.com

MPX International Corporation is a multinational diversified cannabis company focused on developing and operating assets across the international cannabis industry with an emphasis on cultivating, manufacturing and marketing products which include cannabinoids as their primary active ingredient. With current operations spanning four continents in Canada, Switzerland, South Africa, Malta and Australia as well as evolving partnership and distribution opportunities in other jurisdictions, MPXI continues to position itself as an emergent global participant in the cannabis industry.

This news release includes certain “forward-looking statements” under applicable Canadian securities legislation that are not historical facts. Forward-looking statements involve risks, uncertainties, and other factors that could cause actual results, performance, prospects, and opportunities to differ materially from those expressed or implied by such forward-looking statements. Forward-looking statements in this news release include, but are not limited to, MPX International’s objectives and intentions.  Forward-looking statements are necessarily based on a number of estimates and assumptions that, while considered reasonable, are subject to known and unknown risks, uncertainties and other factors which may cause actual results and future events to differ materially from those expressed or implied by such forward-looking statements. Such factors include, but are not limited to: general business, economic and social uncertainties; litigation, legislative, environmental and other judicial, regulatory, political and competitive developments; delay or failure to receive board, shareholder or regulatory approvals; the Corporation’s ability to effectively deal with the restrictions, limitations and health issues presented by the COVID-19 pandemic; future cannabis pricing; cannabis cultivation yields; costs of inputs; its ability to market products successfully to its anticipated clients; reliance on key personnel and contracted relationships with third parties; the regulatory environment in Australia, Canada, Malta, South Africa, Switzerland and other international jurisdictions; the application of federal, state, provincial, county and municipal laws; and the impact of increasing competition; those additional risks set out in MPX International’s public documents filed on SEDAR at www.sedar.com, including its audited annual consolidated financial statements for the financial years ended September 30, 2020 and 2019, and the corresponding management’s discussion and analysis; and other matters discussed in this news release. Although MPX International believes that the assumptions and factors used in preparing the forward-looking statements are reasonable, undue reliance should not be placed on these statements, which only apply as of the date of this news release, and no assurance can be given that such events will occur in the disclosed time frames or at all. Except where required by law, MPX International disclaims any intention or obligation to update or revise any forward-looking statement, whether as a result of new information, future events, or otherwise.

Or visit one our websites: